Gone Girl, Gillian Flynn’s third novel was an instant smash and a bestseller when it was released in 2012. When the novel was made into a film of the same name two years later, in 2014, it too became a popular and successful psychological thriller, chilling audiences to their cores.

Rosamund Pike as Amy Dunne and Ben Affleck as Nick Dunne both gave remarkable performances in the Oscar-nominated film.

Gone Girl is directed by David Fincher and stars Neil Patrick Harris, Tyler Perry, and Carrie Coon, among others. The film is described as a “postmodern mystery,” and it follows the events of Nick Dunne’s (Affleck) life when his wife, Amy (Pike), unexpectedly vanishes, leaving him as the major suspect in the inquiry.

Gone Girl is popular for a variety of reasons. For one thing, it’s driven by a gripping plot that culminates in an unforgettable conclusion. Both the book and the film featured a multifaceted female protagonist who was willing to go to any length to establish her worth.

You should watch it if you haven’t already. And if you have, we’re sure you’re hungry for more dark tales like these. There is a slew of films with similarly dynamic female protagonists and plot twists at every turn.

Here are our top recommendations for any Gone Girl lovers who are looking for a superb psychological thriller, ranging from award-winning Hollywood successes to masterful overseas films.

THE GIRL WITH THE DRAGON TATTOO

David Fincher’s prior effort before Gone Girl was this psychological crime thriller. As a result, fans often see parallels between the two in terms of character development and story handling.

The neo-noir film was made twice: once in Swedish in 2009 and then in English in 2011. The American remake was directed by Fincher. Watch the Swedish version for a glimpse into European cinema, while the American version is more visually rich and appealing.

The Girl With the Dragon Tattoo is based on the eponymous novel by Swedish novelist and journalist Stieg Larsson, and follows journalist Mikael Blomkvist (Craig) as he investigates a missing woman from an affluent family who vanished 40 years earlier.

He enlists the assistance of hacker Lisbeth Salander (Mara), who, like him, has a dark and painful history. The two embarked on a journey for the truth about their own life as well as the persons who had recruited them.

In a remote country estate, they eventually unravel violent plots and expose crooks. This is an excellent choice for viewing before or after Gone Girl. 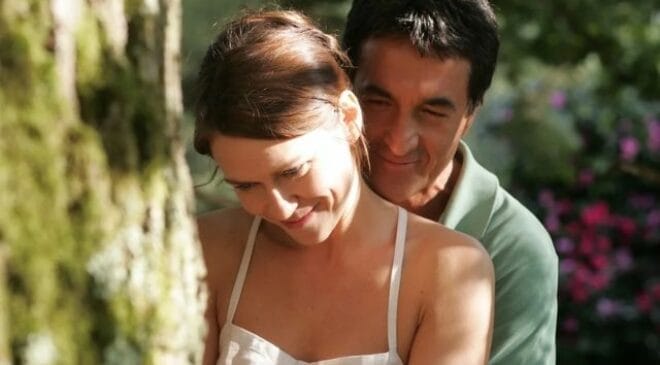 Despite being lucrative and well-made, this is one of those underappreciated films that you almost never hear about. Tell No One (French: Ne le dis à personne) is a French film based on Harlan Coben’s American novel of the same name.

Dr Alexandre Beck (Cluzet) is a bereaved husband whose wife was murdered by a high-profile serial killer eight years ago. Beck is attempting to reassemble his life when he receives a weird email.

Video footage of his wife, looking normal and alive, is included in the email. Beck’s world is thrown upside down when two more people are killed in connection with his wife’s murder.

Tell No One, like Gone Girl’s narrative, takes you on an emotional, thrilling, and provocative journey. This is a must-see for everyone who likes Gone Girl, as well as murder mysteries and crime thrillers in general. 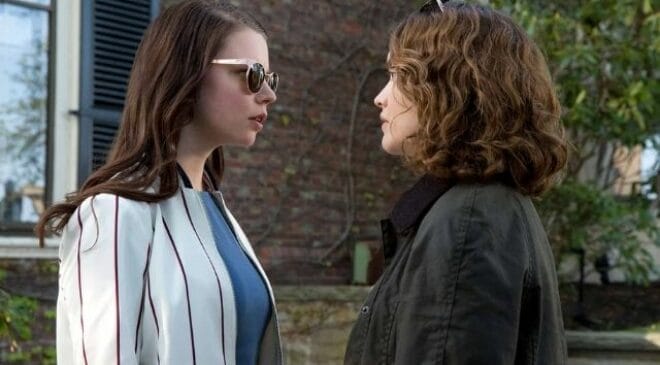 It tells the narrative of Lily (Joy) and Amanda (Cooke), two upper-class suburban best friends who reconnect after a catastrophe. Amanda suffers from a mental illness that prevents her from feeling any emotions, but Lily is overflowing with them.

Their similar lack of empathy draws them together, forming an odd and uncanny bond to the point where the two begin to plot a murder.

While the premise is a high school narrative, Thoroughbreds is similar to Gone Girl in that it features dubious female characters that you will both love and despise.

Underneath the thick layers of revenge plots and teenage angst, this film has a lot of dry and dark humor woven into its narrative, which may elude you. 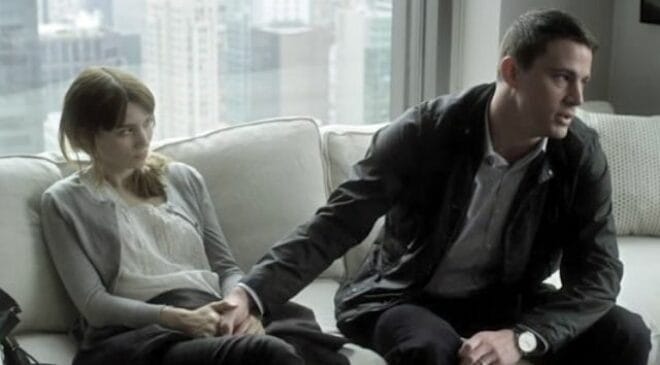 Corrupt doctors, pharmaceutical conspiracies, personal vendettas, and, of course, murder – this film has it all. Side Effects stars Jude Law, Rooney Mara, Catherine Zeta-Jones, and Channing Tatum in the lead roles and is directed by Steven Soderbergh.

It revolves around Emily Taylor (Mara), who is depressed and seeks treatment. Emily commits a crime while bouncing between her current and prior therapists.

But we can all agree that the entire cast, particularly Jude Law and Rooney Mara, give outstanding performances in Side Effects. It’s intricate and intriguing, and it keeps you engrossed throughout. It will not disappoint you! 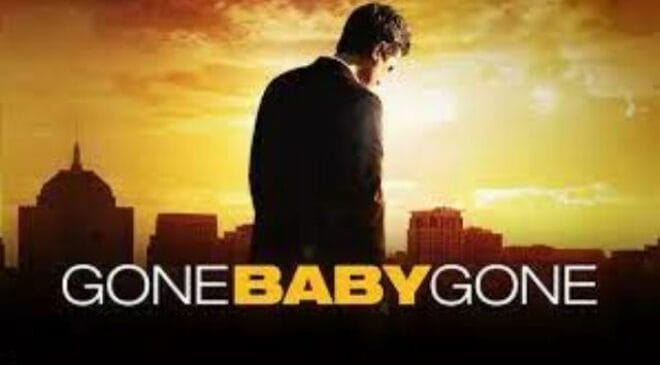 Gone Baby Gone and Gone Girl have two things in common. One, the title similarities between the two films, and second Ben Affleck. Gone Baby Gone, the actor’s directorial debut, is a big-screen version of Dennis Lehane’s 1998 novel of the same name.

Along with Morgan Freeman and Ed Harris, Affleck’s brother Casey Affleck and Michelle Monaghan star in the 2007 crime drama thriller.

The story revolves around Boston cops Patrick Kenzie (Casey Affleck) and Angie Gennaro (Michelle Monaghan) as they investigate the disappearance of Amanda, a four-year-old girl.

When Kenzie unexpectedly turns rogue, things take a dark turn. Is it for the greater good, or is Kenzie involved in something nefarious?

Any more information would be a spoiler. Gone Baby Gone is an exciting and intriguing criminal drama that should be on your radar. 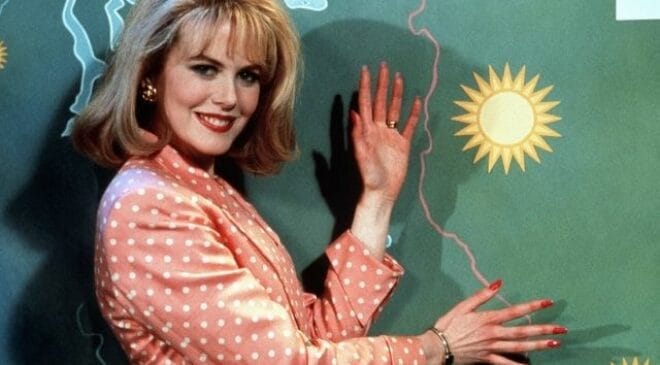 To Die For is an adaptation of Joyce Maynard’s eponymous novel, which is another outstanding female-centric thriller based on a novel.

Fans of Gone Girl will recognize many of the same characters in this black-comedy criminal drama. Gus Van Sant’s film features an ensemble cast, including Nicole Kidman as the lead, as well as Joaquin Phoenix, Matt Dillon, Illeana Douglas, Wayne Knight, and Casey Affleck in supporting roles.

The psychological crime drama follows a lady who intends to murder her spouse. Amy Dunne from Gone Girl comes to mind, doesn’t she?

Die For is a fairly straightforward plot, despite the presence of similarly complex women at its centre. Suzanne Stone (Kidman) is a determined journalist who will go to any length to gain national attention and fame.

She concocts a nefarious scheme with her lover and his associates to assassinate her husband. There is a lot of drama and tension in this film, but it also has lighthearted moments, making it a dark comedy as well as a thriller.

Nicole Kidman’s outstanding performance as Suzanne Stone, a truly cold-hearted killer and psychopath, is worth seeing. 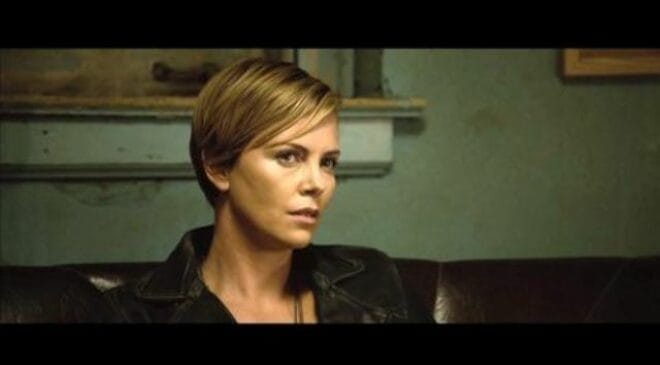 Dark Places, which was released in 2015 and is based on Gillian Flynn’s novel of the same name, is another compelling masterpiece.

You’d think that because it’s written by the same author, Dark Places’ characterization and plot would be comparable to Gone Girl’s, but that’s not the case.

Libby Day, played by Charlize Theron, is a woman haunted by her past. When Libby was eight years old, her mother and two elder sisters were murdered, and she believes that her brother was the perpetrator, giving her all of the anguish she has experienced.

But, 30 years later, detective Lyle Wirth (Hoult) begins digging into the past to learn more about Libby’s family. Despite the fact that Dark Places was not a critical or box office success, it is still worth seeing if you enjoy Gillian Flynn’s unique approach. 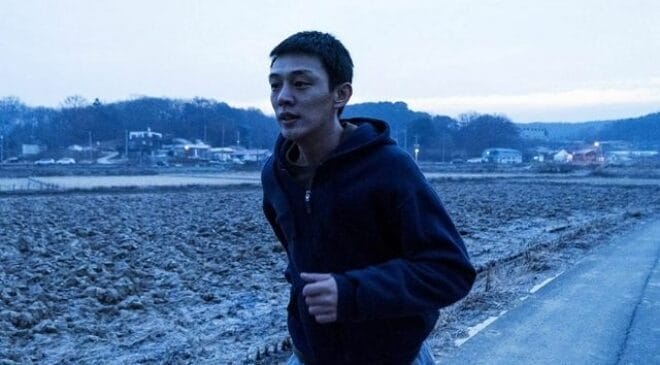 Chang-dong Lee’s gorgeously shot mystery is ultimately a haunting story designed to get under the audience’s skin through ambiguity and a near-indescribable atmosphere running throughout.

It concerns a young man, aimless and unsure in life, who meets an enigmatically wealthy Gatsby type who then becomes the prime suspect in the disappearance of a mutual friend.

Burning is a remarkable psychological thriller that feeds on the uncertainty it creates, as damning of the wealth difference in modern Korea as a film like the breakthrough international blockbuster Parasite, and maybe even more gorgeous to look at.

Wikimedia Commons/Gage Skidmore Jordan Peterson comes alive during a speech in 2018. After attending clinical psychologist Jordan Peterson’s controversial lecture at the Tobin Center on Thursday night, and in keeping with the recent spirit of public mea culpas, I […]

How Irish lesbian writing has developed over the centuries

Why do we still write books about Irish lesbians in the 21st century? Since the second wave of feminism in the 1960s, the decriminalization of homosexual acts in Northern Ireland in 1982 and in the Republic in 1993, the establishment of civil partnership in 2011, which was then replaced by same-sex marriage in 2015, has […]

Phil Robson– Portrait to the extreme (Lyte Records LR050 digital. Album review by AJ Dehany) Portrait to the extreme is an accessible avant-garde extended reader that presents a thematic exploration of the “end” of the British guitarist/composer’s fertile musical mind Phil Robson. Recorded in the remote “extreme” circumstances of late lockdown, the eight-track sequence launches […]