Missouri Workers’ Opera: Our United Histories Will Never Be Divided will open at the Gaslight Theater this weekend.

This weekend’s Bread and Roses audience Missouri Workers’ Opera: Our United Histories Will Never Be Divided will see a sketch on the flight of Kias. But the plot has not been ripped from the headlines.

Rather, it came from actor Monica Bohlen.

Shortly after their apartment building reduced security, Monica and her husband Theotis “Theo” Bohlen’s Kia was stolen. But it wasn’t just them. About 10 cars from their apartment lot quickly disappeared.

“It was getting so bad that every night at least three cars were stolen from the lot,” says Monica Bohlen. “Management did nothing about it.”

She started a petition and distributed it to her neighbors, catching the attention of management, who quickly wanted to meet with her to discuss what could be done. The process made her realize how important it was to speak up for herself and others.

Bohlen shared this story with Delaney Piggins, the writing facilitator responsible for helping the actors write the script for the aforementioned opera, who wrote it into the screenplay.

“That’s what I really love about Bread and Roses: they talk about what’s going on, right here in the city, and not just by talking, but by reaching out and, you know, raising awareness and lending a helping hand,” Bohlen said. .

Telling the often untold stories of workers in the region is the whole point of the production. Bread and Roses — a nonprofit organization founded by legendary St. Louis labor organizer Joan Suarez with a mission to support and celebrate working people and their families through arts and humanities programs — began producing operas in 2016 to create original theater “by workers, for workers”. ”

This year’s production has three screenings this weekend at the Gaslight Theater (358 North Boyle Ave, 314-380-0174, breadandrosesmo.org/event/workers-opera_event). It’s directed by Mariah Richardson of St. Louis, a prolific playwright who penned last year’s Shakespeare in the Streets production. The City: Revenge! and is a writer and voice on the upcoming PBS animated TV show Attracted.

Although it’s called an opera, the production is actually a series of shorts that include music, theatrical sketches, and comedy. The cast wrote the script in two weeks with help from Piggins. There is a parody of family quarrelsongs rewritten to be in support of unions and workers’ rights, and personal stories, such as a skit that chronicles cast members’ struggles to get to work at Home Depot during the July floods. 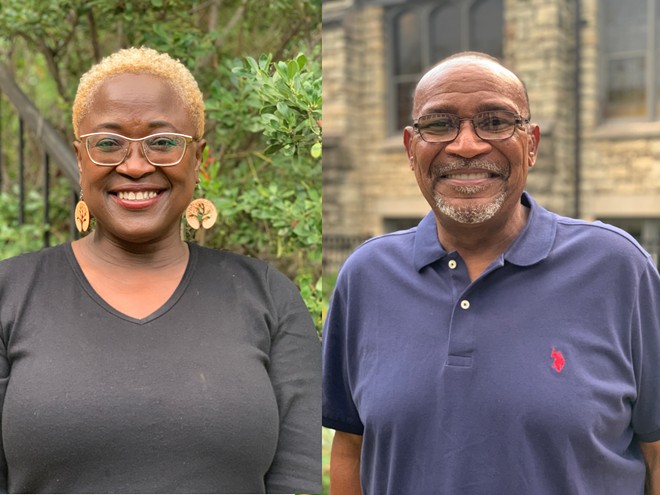 The cast is made up entirely of volunteers, and few have previous theatrical experience.

“In March, I couldn’t have told you who was going to be in the cast, and now that we have these nine people, they just seem like the right nine people,” said Emily Kohring, executive director of Bread and Roses. “They’re all wonderful in different ways, and they all bring a lot to the process.”

The actors found the Workers’ Opera in different ways, some by chance, others had participated in a previous production of Bread and Roses or were recruited by other cast members.

Theo Bohlen, for example, was recruited by his wife. After his car was stolen, he started driving it to practice. Then she asked him to join.

“I’ve been there for five weeks and I love it,” he says. “Oh my God, I love it so much. It’s something new for me. So I’m really looking forward to it because I’ve been working for 25 years, just physical work. So here, it’s something that I was looking for, how to explain – it does not work.”

He works for the Missouri Department of Transportation and Monica Bohlen retired from education due to vertigo – she drove a school bus and then became a special educational assistant. Aspects of the process are therefore new and somewhat difficult, especially the memorization of lines.

“I pretty much got my lines,” Monica laughs. “But, you know, for Theo, I’m telling him his lines…he’s up there saying his lines out loud, and I have to hold myself back.”

Doing opera together brought them together, gave them something to work on together. When Monica sees Theo – or one of their fellow actors – struggling with a line, or whatever, she says she sympathizes.

The experience bonded the entire cast, and they even met outside of official rehearsals to practice, which the Bohlens point to as proof not only of their unity, but also of the power that comes from the possibility. to share your own stories.

The Bohlens are looking forward to doing that this weekend.

“It makes us feel like we matter,” Monica says. “I hope everyone comes out.”

That, says Kohring, is the point.

“I hope it will spark a great discussion,” she says. “I think the best theater is theater where people talk about it on the way home and talk about what they saw and what it meant to them and the new ideas they had.”

Attend the Workers’ opera: our united histories will never be divided at 8 p.m. on Friday, September 23 and Saturday, September 24 or 7 p.m. on Sunday, September 25 at the Gaslight Theatre. Admission is free but reservations are recommended. Visit https://bit.ly/3w6iWTD to make your reservation.

Email the author at [email protected]

HURON – On Thursday, the iconic arrow that marked Humphrey’s Drug at 233 Dakota was removed, after the building’s sale to Jeff Van Winkle was made final. Van Winkle, owner of the “Under the Rainbow” store on Dakota Ave. and a greenhouse on the old Route 14, bought the Humphreys buildings with the intention of […]

February was a busy month at the Wiregrass Gallery, 130 East Jackson St., Thomasville, Georgia. Featured Member Artist: Fran Buie Fran believes that art is a universal language and expression that can bring people from different backgrounds and life experiences together into a common community. She has exhibited her work at Tallahassee Downtown Market, Gadsden […]

Nestled in the Atlantic Ocean, five miles off the coast of quaint Port Clyde, Maine, lie two rugged islands with stories to tell. Allen and Benner, as they are called, witnessed a succession of inhabitants over the centuries, from Abenakis and English settlers to lobster fishermen. And then came Betsy and Andrew Wyeth – residents […]