Syracuse Stadium Artistic Director Robert Hupp has announced an expansion of the senior art staff. New York-based veteran director since September 1 Melissa Crespo will become the associate artistic director of the theater. Kyle Bass, who currently holds this position, will take on a new role as the theater’s first resident playwright and remain a member of the theater’s senior artistic staff.

“This evolution of our artistic staff is a win-win for Syracuse Stage and for our audience,” said Hupp. “Kyle’s voice has been central to our work for many years, so it was important to honor his request to explore new models of association. I really appreciate everything Kyle contributes to Syracuse Stage and of course we are delighted to be producing the premieres of his pieces. We’re excited to create this new art space for Kyle and hopefully be his art home for years to come.

“Melissa brings an incredible experience to our organization and I am delighted to partner with her in charting the artistic future of Stage,” adds Hupp. “I feel lucky that she said yes to our invitation; his work will enrich all aspects of our theater.

Crespo has performed the Syracuse scene three times in recent seasons. In 2019, she directed the popular and hit comedy “Native Gardens”, which was recognized by American Theater magazine. The entire creative team was made up of women of color, a rare event in professional regional theater and a first for Syracuse Stage, and it was a co-production between three theaters on the east and west coasts. Last season Crespo directed the critically acclaimed two-character film “I and You”, which was made available to customers as video on demand. She is scheduled to lead “Yoga Play” in the recently announced 2021/2022 season. In 2019, Crespo conducted a reading of a work in progress by Larissa FastHorse as part of the Stage’s Cold Read Festival.

“Syracuse Stage has always been like an artistic home away from home,” says Crespo. “I am delighted to join Bob, Jill and the entire staff in continuing to support the artistic growth and development of Syracuse’s vibrant community.”

Crespo brings a wealth of experience to Syracuse Stage having conducted plays, musicals and operas. She is also a playwright (her play “Egress”, co-written with Sarah Saltwick, will premiere at Amphibian Stage this year), and like her predecessor Bass, she is keen to promote and develop new works. She has performed world premieres, including “Form of a girl unknown” by Charly Evon Simpson. 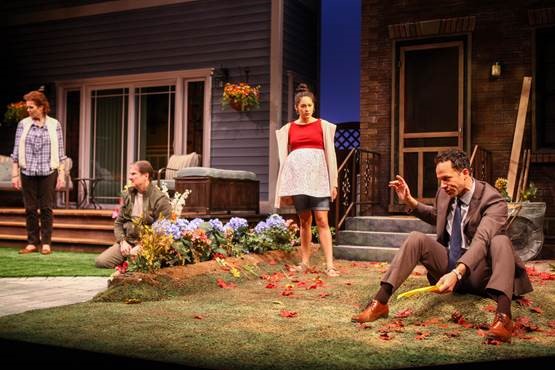 “I owe my career to the development of new work and the confidence of playwrights. I look forward to continuing to champion writers in my new role, ”adds Crespo.

Crespo has also received numerous scholarships and residencies, including: Time Warner Fellow (WP Theater), Usual Suspect (New York Theater Workshop), The Director’s Project (Drama League), Van Lier Directing Fellow (Second Stage Theater) and Allen Lee Hughes Assistant director (Arena scene). She holds an MFA in Directing from the New School for Drama, where she is currently a faculty member. She is also the editor of the online journal 3Views on Theater and has been featured in the 2020 Broadway Women’s Fund “Women to Watch on Broadway”.

As Associate Artistic Director of Stage, Crespo will be a key partner with Hupp in the selection of the Syracuse Stage season and in the formation of the artistic teams that create the work. She will be at the heart of the theater’s programmatic life and very visible as a spokesperson for Stage in the community.

The newly created Resident Playwright position is the last of many administrative and artistic positions Bass has held since joining Syracuse Stage in 1994. During Timothy Bond’s tenure, Bass became the Resident Playwright and helped select plays for each season and worked closely with Ping Chong on “Tales from the Salt City” and co-author of “Cry for Peace: Voices from the Congo”.

He was appointed Associate Artistic Director by Hupp in 2016. In this capacity, he has been at the forefront of Stage’s efforts to develop and produce new works. He initiated and continues to curate the Cold Read Festival of New Plays, which is now in its fifth year. An accomplished playwright, he wrote “Possessing Harriet,” which had its world premiere at Stage in 2018, and will have a second world premiere with “salt / city / blues” to wrap up the show. season 2021/2022. 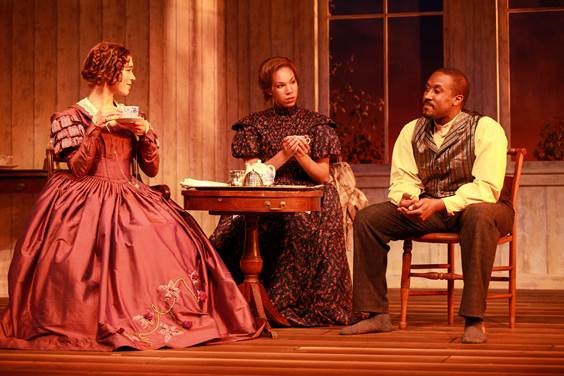 In addition, Bass designed and composed “Separated”, based on the experiences of veteran Syracuse University students in and out of the military, and two original pieces, “Carver at Tuskegee” and “Citizen James, or the young man without a country “. for the Backstory de Stage educational program. His dramatized version of the 1965 debate between James Baldwin and William F. Buckley, “Baldwin vs. Buckley: The Faith of Our Fathers ”, will be played on Stage in September.

Away from the stage, Bass is an Assistant Professor in the Theater Department at Colgate University. He wrote the libretto for the opera “Libba Cotten: Here This Day”, and he wrote for the Noh theater commissioned by the Nohgaku Theater. He also worked with acclaimed visual artist and MacArthur member Carrie Mae Weems on his play “Grace Notes: Reflections for Now”, which premiered at Spoleto Festival USA 2016.

In nearly 50 years of history, Syracuse Stage has not had a resident playwright. In this new role, Bass will continue to work on new play development and commissioning, while helping Hupp plan artistic programming for the theater. He will also benefit from support and workshops in the development of his own work, officially making Syracuse Stage his artistic home.

“The title Resident Playwright officially names what Bob Hupp has always made so generously clear and possible: the Syracuse scene is my artistic home,” Bass says. “I am grateful to Bob for believing and supporting my creative work during my tenure as Associate Art Director. In this next chapter of my career at Syracuse Stage, I look forward to working with Bob, Melissa and all my Internship family of talented colleagues and collaborators as I continue to explore my art and vision as a playwright in the embrace and the artistic life of our theater.

“We are proud to recognize Kyle as our first resident playwright and to welcome Melissa as the first female artistic director of Syracuse Stage,” adds Hupp. “I am delighted to see how their work encourages us to make an even more engaging impact on the cultural life of central New York.”

About the Syracuse scene

Founded in 1974, Syracuse Stage is the professional, non-profit theater company in residence at Syracuse University. He is nationally recognized for creating a stimulating theatrical work that engages central New York and contributes significantly to the artistic life of Syracuse University, where he is a vital partner in the making of the educational mission of the University’s Drama Department. Syracuse Stage’s mission is to tell stories that engage, entertain and inspire people to see life beyond their own experience. Each season, 70,000 customers enjoy an adventurous mix of new plays and daring interpretations of classics and musicals, featuring the best performing artists. In addition, Stage maintains a vital educational outreach program that annually serves more than 15,000 students from 14 counties. Syracuse Stage is part of the Theater Communications Group (TCG), the national organization for American theater, and is a member of the Arts and Cultural Leadership Alliance (ACLA), University Hill Corporation and the East Genesee Regent Association. Syracuse Stage is a member of the League of Resident Theaters (LORT), the largest professional theater association in the country.

Charles Turner will perform at the Bridge ...