Most of us, when we were children, longed for when we would grow up. For some, that meant finally achieving those curves, muscles, and height they desired, and for others, that meant achieving independence. We imagined that one day, in some magical way, we would solve a difficult puzzle or master the elusive feat that gave us the unlock code to know our life paths as adults.

What usually happened, however, was that we eventually learned that growing up is more than just reaching a particular date, signing an apartment lease, or settling into the rigors of a new family or a new career. It’s about learning to define this new adult existence and navigating the path that’s right for you; run your business, hone your hustle, and do what’s necessary without compromising your goals, dreams, and individual essence along the way.

It’s a challenge (or a battle) that we will continually go through, especially women. As they say, the struggle is real and the issues we face are probably as generational as they are systemic.

I was only born in the 1970s, but that era was full of positive changes regarding women’s autonomy and rights. My mother’s generation was the first to use birth control and open and manage their own bank accounts. I remember magazines and TV ads showing proud working women who reveled in their freedoms, women who could better regulate their family sizes or, in many cases, educate themselves and renounce marriage altogether. Popular culture quickly reflected the evolution of shows and movies focusing on women’s varied choices; if she wasn’t on a board or behind a desk, she ran the house with efficiency and grace. Many have taught their own daughters to take advantage of changing times by dreaming bigger, reaching higher, and achieving more.

Unfortunately, it’s called “the grind” for a reason. The longer women began to juggle multiple roles and responsibilities, especially for lower wages than their male counterparts (while still being responsible for a greater share of household chores and childcare), the more we burned out – and it started before the pandemic. Lawmakers have yet to legislate effective policies that guarantee our collective security, compensation and childcare, while still insisting that women matter and families are essential threads of the company duvet.

We encourage each other to vote, protest, make calls and fight the power from within, but how often do we fight for ourselves? It’s fine to be a boss, a diva and a queen who stays in “kill” mode, but guess what? The crowns are heavy. With the same fervor with which we set out to conquer the world, we must show ourselves.

What does it look like? It means delegating and putting yourself higher on your (seemingly bottomless) priority list. Those of us with families can and should ask people to step in more often, and if they offer overtime, but you’re too tired to read the screen with understanding, don’t force yourself. Daylight saving time has just started, and most of us could definitely show up earlier for some extra winks. Actress Cameron Diaz mentioned on a recent podcast that she lives in “wild beast” mode and no longer washes her face. It’s his prerogative and frankly, a lot of TMI, but we should still find an area where we can give ourselves more slack.

News of another celebrity got me thinking about deeper self-care. Singer and reality TV star Traci Braxton, younger sister of singer-actress Toni Braxton, died after a year-long battle with cancer this month. The fact that she would have turned 51 in April is another reminder of the fragility of life and the importance of health checks as we age.

Shingles and staycations didn’t cross our minds back then, but that’s what adulthood demands: keeping an eye on ourselves and trying to make life easier for others. in the process. Let’s put those crowns aside on occasion and tell ourselves to take it easy. Getting to another day means being intact to get there, right?

Lorrie Irby Jackson is a columnist at The Briefing. Email him at [email protected]. 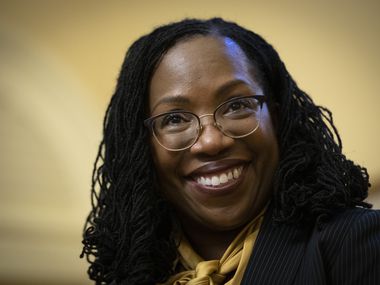 Why was the Sony Popeye movie canceled?

There are plenty of movies we wanted to see that never materialized, whether it’s Stanley Kubrick’s Napoleon or Darren Aronofsky’s Batman. For Popeye fans, the most recently scrapped project may just be one of many movies that got away. There’s no denying that Popeye is iconic in the realm of popular culture, and it’s hard […]

Olivia Rodrigo, okay? Because your music worries me

I admit, before hearing that Olivia Rodrigo was invited to the White House to encourage young people to get vaccinated against COVID-19, I had never heard of her. My daughter, who is in third grade and therefore knows much more about popular culture than her apparent fossil mother, quickly rectified this situation. She grabbed my […]